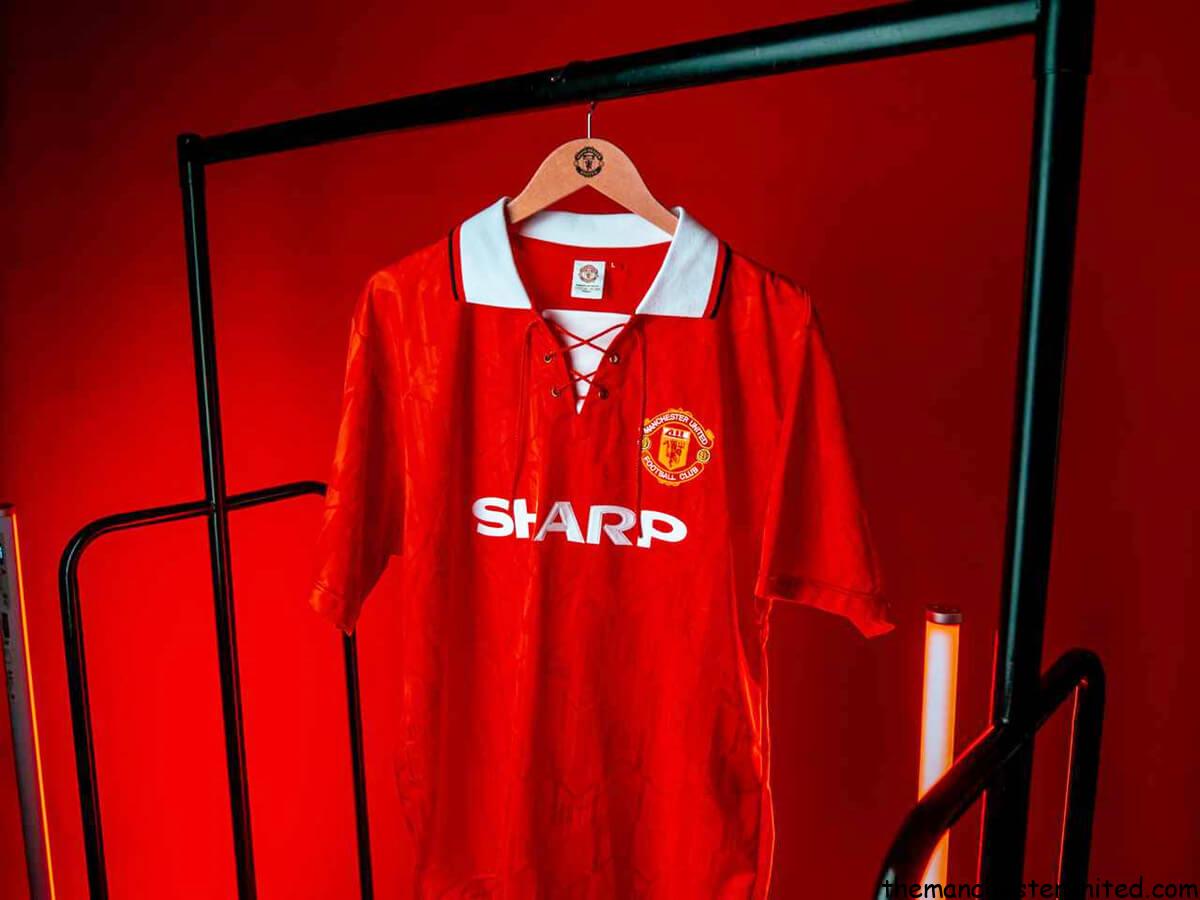 Football is surrounded by nostalgia. With an evolving history, it is constantly creating new moments and memories that will be looked back on in years to come. The retro football shirt plays a big role in triggering the nostalgic feeling amongst fans. Have you ever looked at an old football shirt and been reminded of a specific player, an iconic goal, or an unforgettable moment? That’s the nostalgia the retro jerseys bring in, also an important reason why retro jerseys have risen in popularity nowadays.

The year 1958 was a remarkable year for the club. From this year on, Manchester United grew into something strong, carrying the memories of those lost in the Munich Air Disaster.

The shirt that United wore in those days was understated and the basis that the Red Devils would evolve from aesthetically. This replica is a fitting tribute to 50s look of United – who, let’s not forget, were a stunning football team.

It’s a stunning shirt with a beautiful pattern. The white sock bands are gone, with the diagonal thin stripes on the shirt replaced by vertical ones. Gary Pallister showcases this one, in action against Liverpool’s Peter Beardsley in the 1990 Charity Shield.

United were there by virtue of winning the 1990 FA Cup-Ferguson’s first major trophy.

The blue/white away shirt of the early 90s is one of the most celebrated away kits of all time. Adidas cleaned up a treat on this one – and you can still find it online now and then.

For United’s first season in the new Premier League, there was a return to the old-fashioned lace-up style, worn by the club in their former life as Newton Heath.

Here’s Ryan Giggs in action, as a young winger who set the Premier League alight that season.

White collars were replaced by black for the 1994-95 season, with a larger club badge and black and red stripes on the shorts. Prolific success would follow.

It’s an iconic shirt worn by the Class of 92, Cantona and champions across the board. David Beckham won the PFA Young Player of the Year award and picked up his first England cap, as United cantered to the Premier League title. And if you’re lucky, you can still find tops with names printed on the back. It’s a piece of Premier League history.

United’s European strip for the 1998-99 season was a classic design, with white shorts and white socks.

It had a star over the crest to signify United’s 1968 European Cup win, and was released as a special edition with two stars after they triumphed in a dramatic Champions League final in Barcelona.

In 2003, United went for silver to complement the most royal of blues.

This one feels like a modern remake of the first European Cup winners’ shirt. If you’re lucky, it still gets sold online.

A one-season only production, the 2006-07 home strip was a retro number in which they won another Premier League title.

The home kit featured white trim at the sleeves and AIG taking over as sponsor.