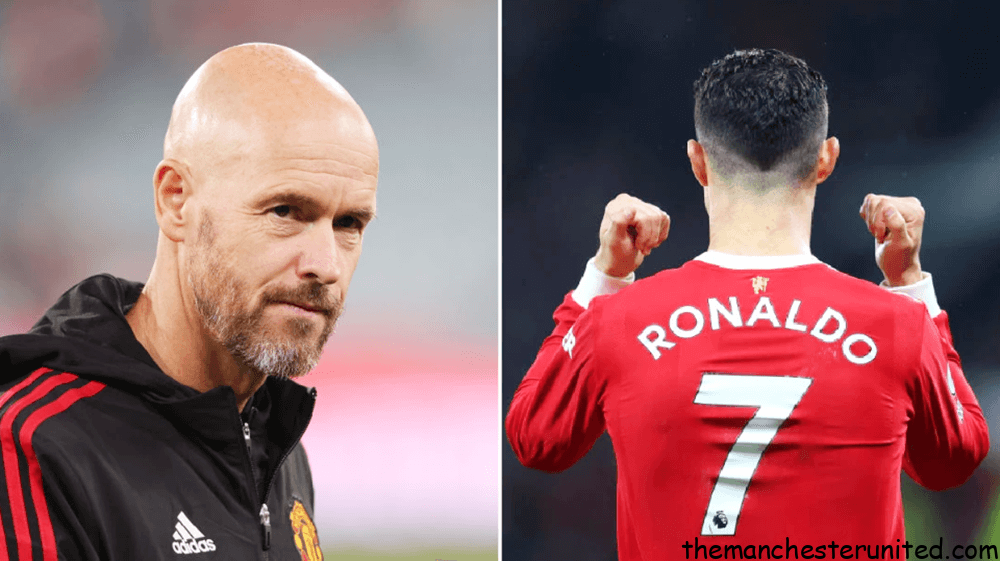 Although there has been persistent rumors that Cristiano Ronaldo is seeking a transfer away from Manchester United this summer, his new manager, Erik Ten Hag, suggested to reporters on Monday Cristiano Ronaldo could yet extend his contract at the club.

The Red Devils signed Ronaldo from Juventus in August 2021 on an initial two-year deal. Ronaldo’s contract at Manchester United is due to expire on June 30, 2023. However, the club have an option to extend the deal by another year, which would take it up to June 30, 2024.

United have always maintained, publicly at least, that they don’t want to sell Ronaldo. And that’s a stance that new manager Erik ten Hag has stood behind since he was first questioned about the Portugal captain’s future at the club.

Now, Ronaldo is not training with Ten Hag and the team in Melbourne after being given permission to miss the tour of Thailand and Australia while he deals with a family issue.
Ten Hag admitted he doesn’t know when he will report back, but has not ruled out the Portugal forward starting the first game of the new season against Brighton on Aug. 7.

“He is training,” Ten Hag said. “I think we all know Ronaldo is a top professional, and he will be fit, that is the last concern I have.”
On whether or Ronaldo could fit in to his high-intensity style of play or not, Ten Hag assuringly replied: “I think Cristiano is capable of doing that. In his career, he has shown everything.
“I have set my demand. We want to play in a certain way. A top player can contribute and Ronaldo is an absolute top player in our squad. The players dictate the way you play. Especially players who score goals because they are extremely important for a team. You construct your team around them.”

This ongoing saga will remain one of the major storylines of the summer until the transfer window closes. But for now, it appears United’s new manager is set on keeping the legendary forward at Old Trafford.