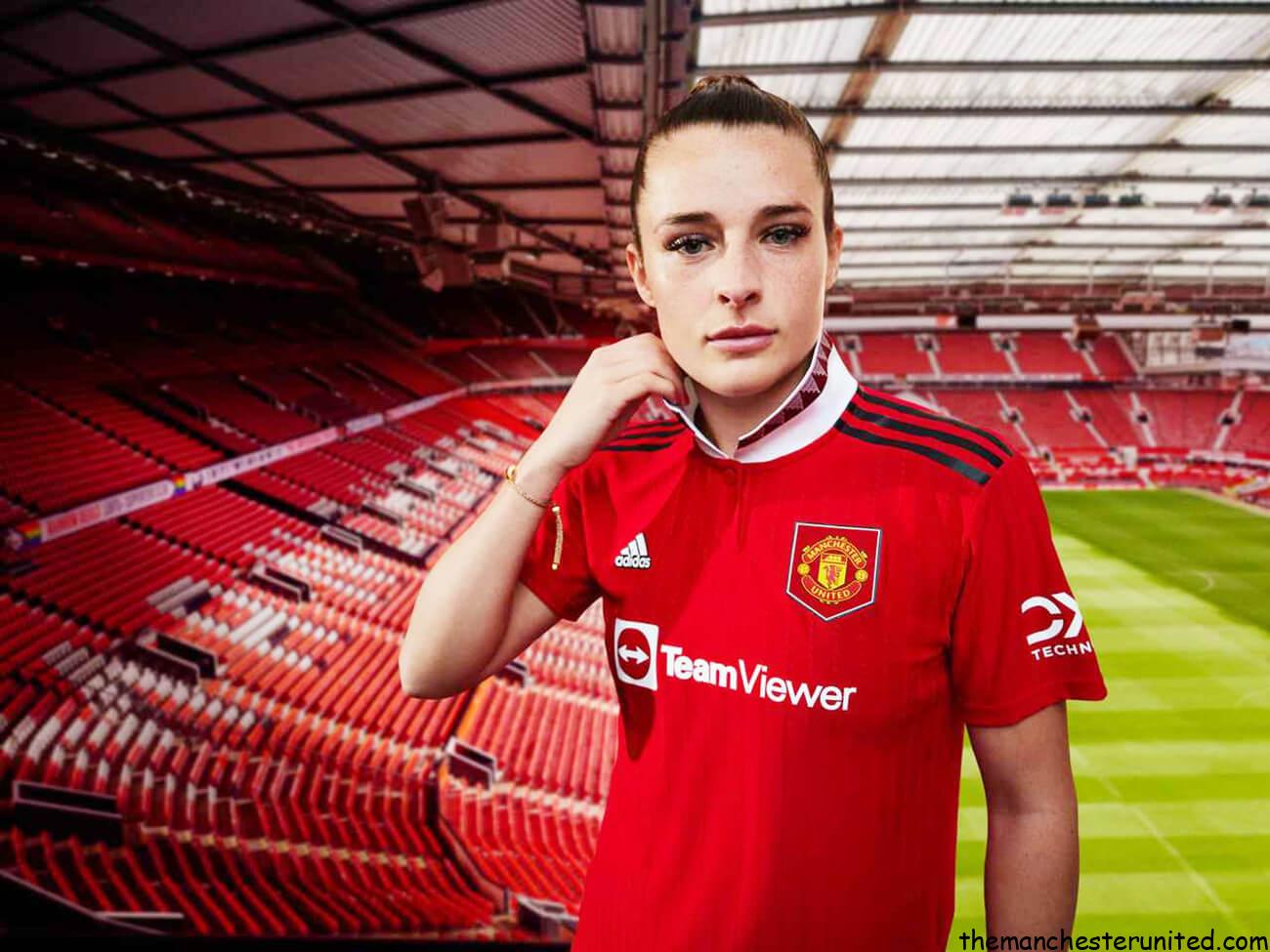 Manchester United have released Manchester United home kit for the 2022-23 season. Fans will no doubt be heartened to learn that while the usual preseason uncertainty reigns among the squad, their club has at least got one thing right this summer. Then, what do Manchester United players think of the new kit? We have got some ideas from their men’s first-team players, according to Man Utd’s interview recently.
The interviewees are all satisfied with the new home kit, especially the return design of the polo collar.
The first interviewee Diogo Dalot said: “It looks nice, brings back some vintage memories. I think it will bring some luck, the collar is back, so it looks nice.“

The next is Anthony Elanga. He said: “The collar has Eric Cantona vibes!” As for whether he’d celebrate a goal by using that fashion feature, of course he came back with “Collar up!”
Then the Brazilian midfielder Fred said: “The kit is so good, very beautiful.” He explained that he’d keep his collar down, that he was a fan of the club crest in particular, and that he felt good wearing it.
Alongside Fred was his fellow countryman, Alex Telles. “It looks cool with the collar up, more style, you know? But I think during the game I’ll be going collar down, it’s better that way.”

Our young Tunisian midfielder, Hannibal, is a huge fan of our new home kit, explaining: “It reminds me of the old times, and Eric Cantona.”
Speaking of King Eric, they asked Hannibal if he’d be wearing his collar up at any point. His response was to demonstrate how he’d style it, as a nod to the French icon. So up, of course.
Luke Shaw had nothing but love for the home shirt, too. “Honestly, I’m really impressed with the home kit.
“There’s something different about this one, I think the collar adds a bit more.”
They asked Luke how he’d be utilising the collar. “I think a few players could perhaps leave it up but we’ll have to wait and see about that one!”

From the interview, we can see that the new Manchester United home kit 2022/23 is so much loved by players. Man United’s 2022-23 home kit is a winner with Cantona-inspired collar. It’s a big success for both the team and the manufacturer Adidas.