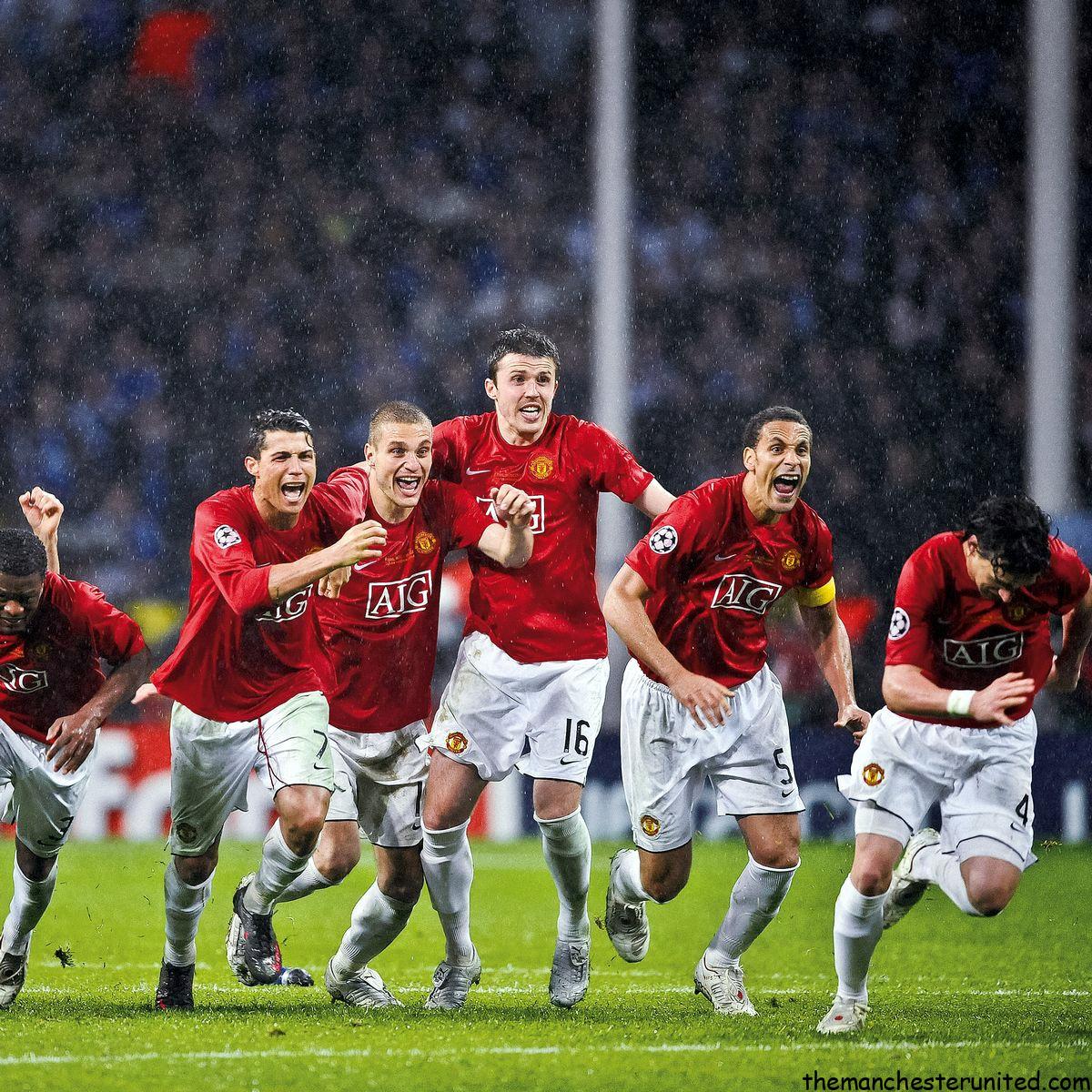 Manchester United enjoyed a successful season in 2008. Despite the team’s slow start in the league, they won their 10th Premier League title (their 17th top division title overall, just one behind Liverpool’s then record of 18) and beat Chelsea on penalties in the 2008 UEFA Champions League Final to claim the European Double. Now let’s take a look at Manchester United jersey 2008 for that season.

The club won their third European Cup title in the red Manchester United 2008 jersey. The 2008 UEFA Champions League Final took place on Wednesday, 21 May 2008, at the Luzhniki Stadium in Moscow, Russia. It was contested by Manchester United and Chelsea, making it an all-English club final for the first time in the history of the competition.

Manchester United won the match 6–5 on penalties, after a 1–1 draw following extra time. Cristiano Ronaldo opened the scoring for Manchester United in the 26th minute with a header from a cross by Wes Brown, but Frank Lampard equalized shortly before half-time. The second half and most of extra time passed without incident until Chelsea’s Didier Drogba was sent off for slapping Nemanja Vidić four minutes from the end. In the penalty shoot-out, Ronaldo missed Manchester United’s third kick, giving John Terry the chance to win the game for Chelsea, only for him to slip and hit the post. Edwin van der Sar then saved Nicolas Anelka’s effort from Chelsea’s seventh kick to give Manchester United their third European Cup title.

Designed by Nike, the white Manchester United 2008 jersey uses a new Nike template. Interestingly, the trim lines are blue, which isn’t a color you’d usually associate with Man United. Even though the white was worn for two brutal losses that season (Anfield, that game in Rome) it still stands up. That kit is one of the cleanest looks we’ve ever had, especially when it was worn with white shorts.

United’s European away kit for the 2008/09 season was a tribute to the blue strip that had been worn to the likes of Sir Bobby Charlton and George Best when the club claimed a maiden European Cup in 1968. It doubled up as a third kit in the Premier League.

Of all the blue kits we’ve ever worn, this one was undoubtedly the best. That’s probably due to its simplicity, and you know, it was more form fitting than the Vodafone one six years earlier. There’s hardly a bad memory to be had in those kits as well. Losing to Arsenal at the Emirates stands out, but that’s negated by the 3-1 win at the Emirates in the Champions League semifinal. We won when it counted.

Where can we buy Manchester United 2008 jersey?

The Manchester United jersey 2008 have ranked in the top 10 United kits of the Premier League era with their clean and classic design. The classic retro jerseys have been still popular nowadays. These retro jerseys can recall those old memories. If you are looking for good places to buy Manchester United 2008 jersey, there are some recommendations such as ebay and amazon. These large online shops provide a variety of Manchester United retro kits with good quality and fast shipping. You can get the one you want now.