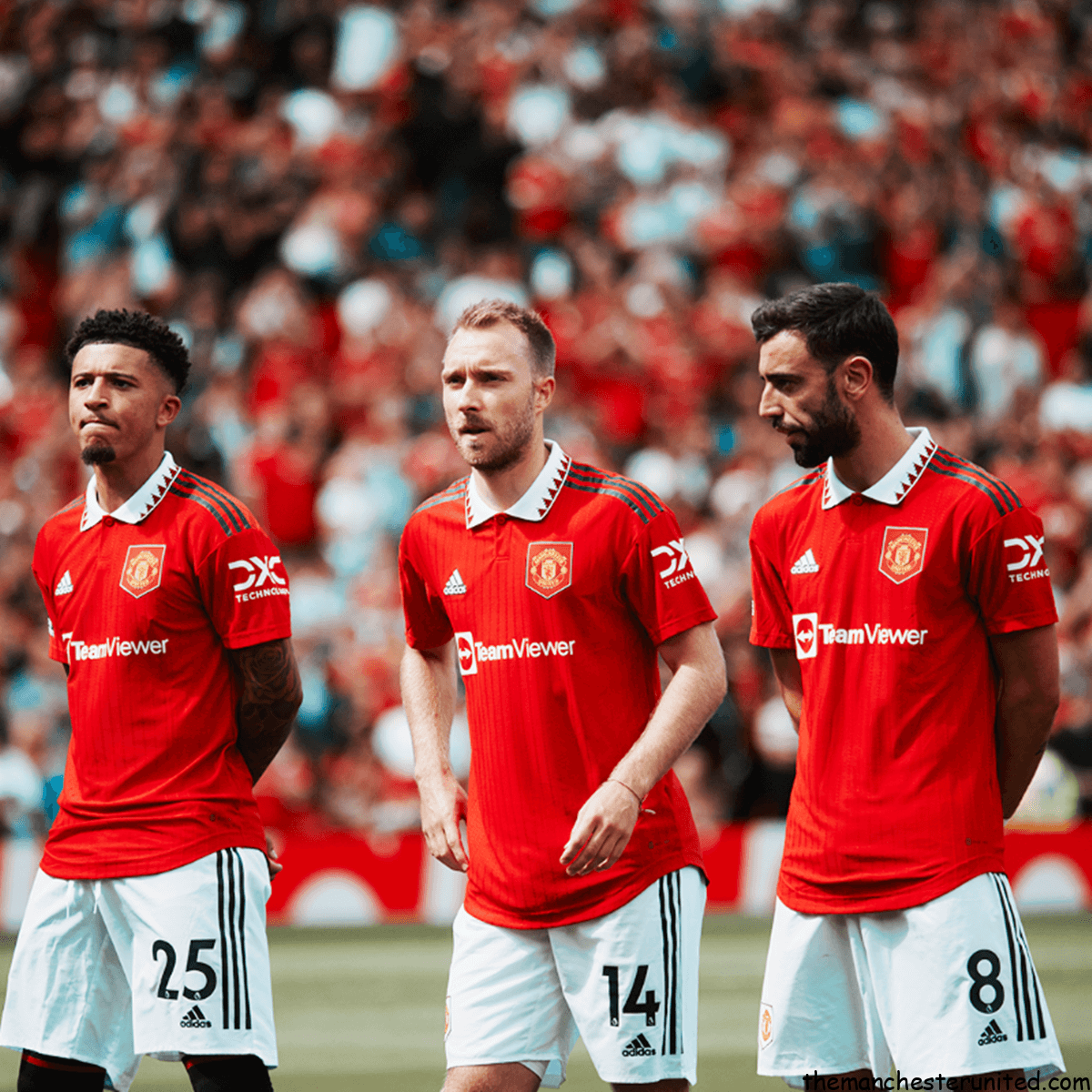 Manchester United might not be the juggernaut on the pitch in recent years. But off the court, they lead the Shirts Sales Charts Worldwide. Over the last 20 years, since sport analytic companies started collecting shirt sales numbers, United have topped the list on more than 16 occasions.

After Bayern Munich surprisingly lead the shirts’ sale list in 2020/21 season, Manchester United has taken back their top spot with over 3.2 million shirts sold in 2022 and as expected Ronaldo was the highest shirt seller.

Manchester United 2022/23 Kit are as popular among fans as they are with those in charge of increasing revenue at Old Trafford. Here’s how the shirts Ten Hag’s new signings will be sporting look ahead of the 2022/23 Premier League season, as well as the latest on their new change kits.

The Adidas Manchester United 2022-2023 home kit is a delectable design that at once looks both retro and contemporary, with clean, understated lines accentuated by subtle flourishes in the trim and finish. The shirt combines a rather dark red main color with a white Adidas logo and black Three Stripes.

What makes the kit special is the Polo collar. The white collar comes with a 1994-inspired triangular design. The shirt is intended to bear resemblance to some of United’s most memorable kits throughout history, with definite, discernible hints of the 1984-86, 1992-94, and 1998-2000 home strips visible. The Man United 22-23 home kit features a shield on which the Manchester United logo is placed. The shield has a pentagon shape with a slightly darker tone of red than the rest of the shirt. The shield surrounding the club crest also returns to the United home kit for the first time since 1994-1996.

The Adidas Manchester United 2022-2023 away jersey combines the main color white with red and black applications. The classic white base returns for the first time since 2015-16, having been used as a secondary color by United since the early 1900s.

The two-tone black and red trim ensures that all three of the club’s famous core colors are visible at once, with the shoulder stripes also undergoing a multicolor reworking for the first time.

The distinctive collar and cuff trim is black with red and white diamonds woven into the thick banding while a “double helix” graphic is embedded within the white fabric – a very on-the-nose visual metaphor intended to represent the importance of United’s historic DNA. The twisted strands visible within the helix weave also reflect the three-pronged philosophy United have attempted to work and operate under for the past 100 years: youth, courage and success.

The Manchester United 22-23 third football shirt combines a hi-vis yellow base color with striking yellow applications and logos. It is a very modern color combo – “Semi Solar Slime” & “Legend Ink”. The jersey is supposedly directly inspired by the fashion culture of the 1990s, though there are also elements of Manchester United’s “graphic identity” which is represented in the all-over geometric print pattern.

The Manchester United third kit 2022/23 has a modern design. It features a zigzag pattern on the collar and comes with a shielded crest. Manchester United has never had a hi-vis yellow player shirt. However, “electricity” has been used for the club’s keeper jerseys by Adidas in recent years. Yellow was used by Man Utd in the 1970s as an alternative (third) color.

United’s ultra-garish green kit is just the latest example of a growing trend within contemporary football kit design circles to try to push the envelope when it comes to creating deliberately divisive third strips. From the gaudy to the downright diabolical, more and more big clubs are finding themselves foisted with “unconventional” third kits that appear to be calculated ploys to get tongues wagging on social media, ergo drumming up a bit of extra buzz on launch day.

Thankfully, some clubs out there have successfully bucked that particularly trend and proved to their contemporaries that it is still possible to release a svelte, understated and desirable third kit in this day and age.