Manchester United continued their excellent start to life under Erik ten Hag with 3-1 win over Crystal Palace. United have looked impressive under the former Ajax boss so far, picking up a 4-0 victory over Liverpool and a 4-1 win over Melbourne Victory, and they added to that with another decent showing at the Melbourne Cricket Ground.

For the majority of the first half, the Dutchman had to endure loud boos for his captain-Maguire, and also saw 19-year-old defender Will Fish, who had only been on the pitch for 20 minutes after coming on as second-half substitute, sent off.

Maguire was also picked to start and when his name was read out, it was greeted with jeers from sections of the 76,000-strong crowd.

The boos continued for around 30 minutes each time Maguire touched the ball and only stopped when the England defender went close to scoring with a shot that flashed wide.

By that time United were already 1-0 up; Martial scoring for the third game in a row after chesting down Diogo Dalot’s cross from the right.

And by the time they went off, Rashford had finished off an exquisite team move which involved Martial, Sancho and Donny van de Beek and Sancho had raced away to calmly make it 3-0.

Once United had made a host of changes. Ward pulled one back with a header which squirmed under De Gea and Fish, playing for the first time on tour after joining the squad as a replacement for, was shown a straight red card for pulling back  on the edge of the penalty area.

Manchester United’s next fixture is on Saturday (23 July), when they will take on Aston Villa.

Which players could feature in Man United vs. Crystal Palace?

Against Victory, the Red Devils made 10 changes at half-time as plenty of players got some minutes under their belt.

New signing Tyrell Malacia is yet to start a game in pre-season and may get his chance against Crystal Palace.

David de Gea missed the Victory game with a minor knock, but returned to full training over the weekend.

SocialManchester United continued their excellent start to life under Erik ten Hag with 3-1 win over Crystal Palace. United have… 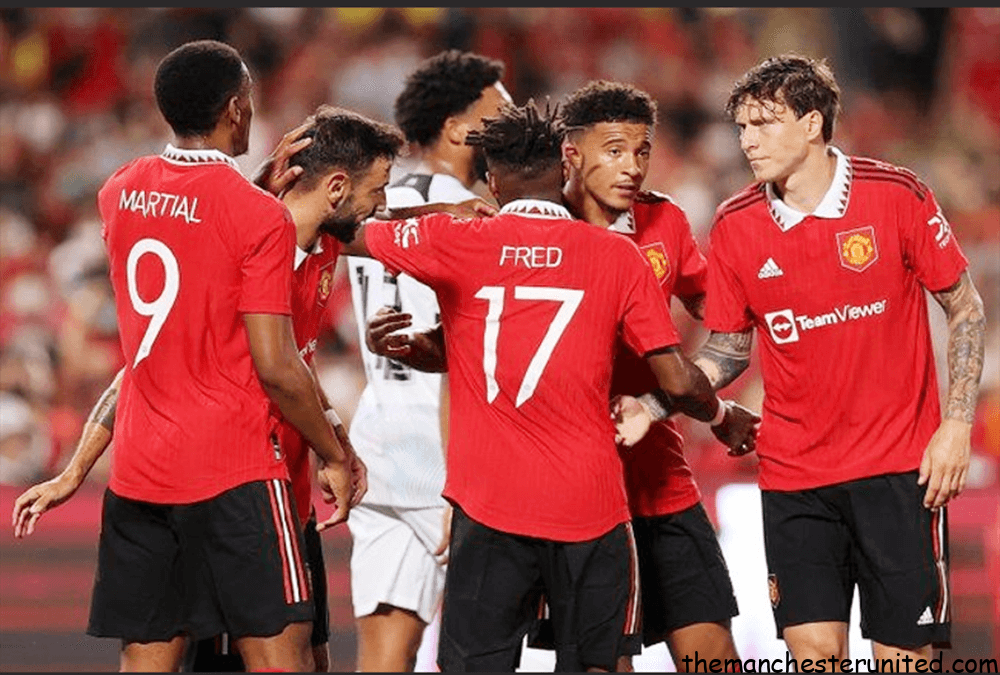 SocialIn the 2022/23 pre-season opener, Erik ten Hag, Manchester United manager, got off to a great start as Man United…