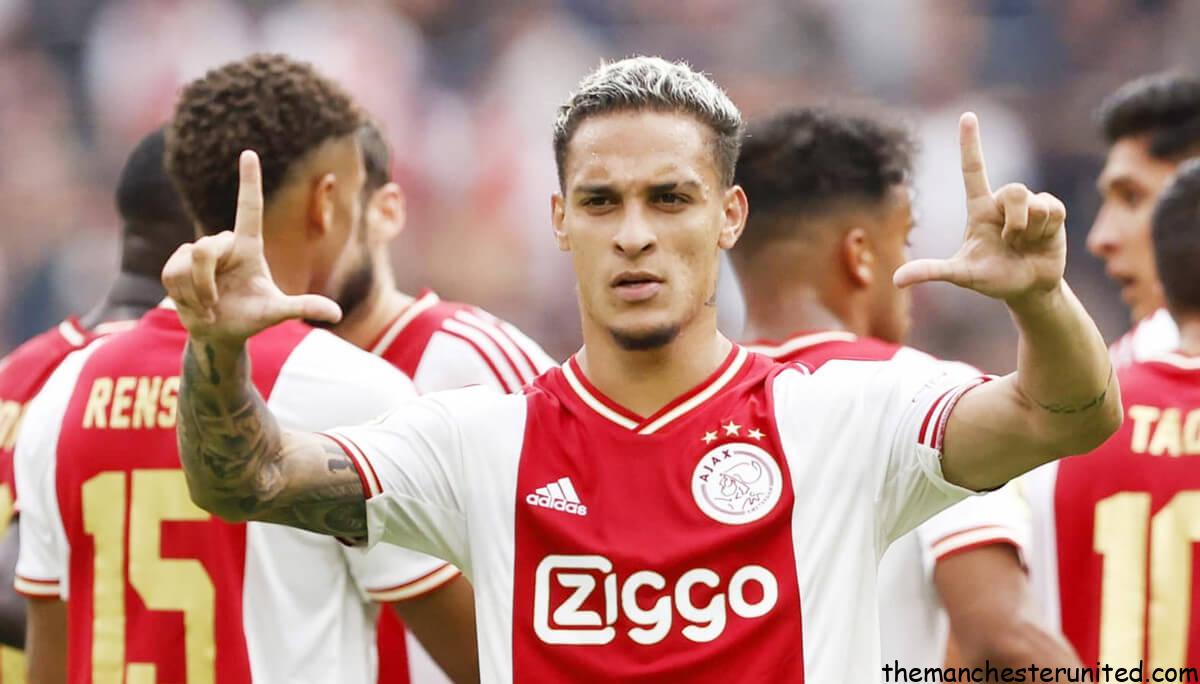 As per report, Manchester United have agreed a £85m deal with Ajax to sign their winger Antony.

United have been chasing Antony for several months. After Ajax rejected Man Utd’s £76.3m (€90m) bid for the player for the third time, United finally made a breakthrough in their pursuit this weekend. And United are set to pay a guaranteed £80.75m and another £4.25m in add-ons for the 22-year-old, who is expected to have a medical examination in Manchester in the next 48 hours.

Antony was once again excluded out of the Ajax squad for Sunday’s game at Utrecht as negotiations between the clubs continued.

Erik ten Hag was eager to be reunited with his former Ajax player Antony. The 22-year-old would be the second player to follow Ten Hag from the Dutch champions to Old Trafford after the signing of Lisandro Martinez.

The Brazilian, only 19 when he agreed his move to Amsterdam, swiftly established himself as one of Ajax’s key players. Ten Hag desired to add competition in attack for his squad. Antony could be a wise choice.

Anthony Martial has missed the start of the season due to injury, while the future of Cristiano Ronaldo remains uncertain with the September 1 deadline approaching.

Although the Portuguese desired to leave to play in Champions League, Ten Hag stills hopes to keep Cristiano Ronaldo.

The 37-year-old was on the bench for United’s 1-0 win at Southampton on Saturday before making a substitute appearance in the second half.

United insisted that the five-time Ballon d’Or winner is not for sale in the second season of his second spell with the club.