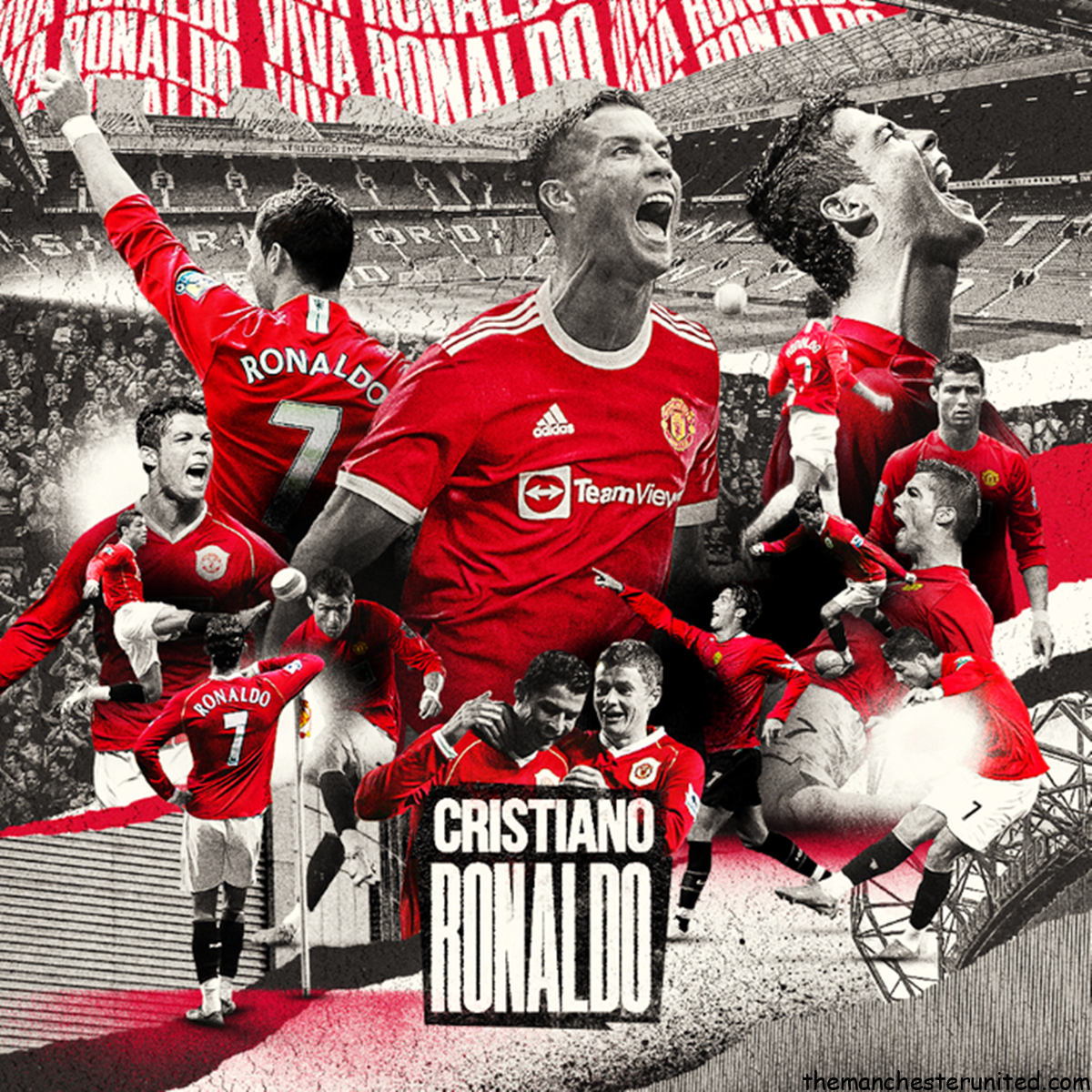 Manchester United Cristiano Ronaldo jersey has always smashed sales records after Cristiano Ronaldo stepped onto the pitch for Manchester United. According to most of the online sports retailers sales reports, Ronaldo’s No.7 shirt for the Red Devils sold more in a single day than any other player’s ever had, besting Lionel Messi’s move to Paris Saint Germain, LeBron James to the Los Angeles Lakers, and Tom Brady to the Tampa Bay Buccaneers.

One of the greatest footballers to have ever graced the world of football, Cristiano Ronaldo spent his formative years at Manchester United and became the player he is today under the tutelage of legendary manager Sir Alex Ferguson.

Ronaldo spent six seasons at Manchester United during his first stint with the club before he left for Real Madrid. From 2009 to 2021, he played for Real Madrid and Juventus before returning to Old Trafford.

Let’s take a look at his career at Manchester United and all the jerseys he has worn.

Ronaldo made his debut as a substitute in a 4–0 home win over Bolton Wanderers in the Premier League on 16 August 2003, and received a standing ovation when he came on for Nicky Butt. Then, Ronaldo scored his first goal for Manchester United with a free-kick in a 3–0 win over Portsmouth on 1 November. Three more league goals followed in the second half of the campaign, the last of which came against Aston Villa on the final day of the season, a match in which he also received the first red card of his career. Ronaldo ended his first season in English football by scoring the opening goal in United’s 3–0 win over Millwall in the 2004 FA Cup Final, earning his first trophy.

Ronaldo scored United’s 1,000th Premier League goal on 29 October 2004, their only goal in a 4–1 loss to Middlesbrough. At the start of 2005, Ronaldo played two of his best matches of the 2004–05 season, producing a goal and an assist against Aston Villa and scoring twice against rivals Arsenal. He played the full 120 minutes of the 2005 FA Cup Final against Arsenal, which ended in a goalless draw; although Ronaldo scored his attempt in the penalty shoot-out, United lost 5–4. Ronaldo won his second trophy in English football, the Football League Cup, after scoring the third goal in United’s 4–0 final win over Wigan Athletic.

It proved to be a breakout year for the 2006–07 season, as he broke the 20-goal barrier for the first time and won his first Premier League title. He scored three consecutive braces at the end of December, against Aston Villa (a win that put United on top of the league), Wigan and Reading. Ronaldo was named the Premier League Player of the Month in November and December, becoming only the third player to receive consecutive honors.

The 2007/08 campaign proved to be the best season in Ronaldo’s United career to date as he scored a record 42 goals in all competitions in that season and won his maiden Champions League title along with the Premier League and the Community Shield. He was also awarded the European Golden Shoe. In December 2008, Cristiano Ronaldo won the Ballon d’Or and the FIFA World Player of the Year awards for the first time in his career. He had ended on the podium in the previous year, along with winner Kaka and Lionel Messi.

On 27 August 2021, Manchester United announced they had reached an agreement with Juventus to re-sign Ronaldo. Ronaldo was given the number 7 shirt after Edinson Cavani agreed to switch to 21. The first 24 hours of Manchester United Cristiano Ronaldo jersey sales were reported to have broken the all-time record following a transfer, overtaking Messi after his move to Paris Saint-Germain.

On 11 September, Ronaldo made his second debut at Old Trafford, scoring the opening two goals in a 4–1 league victory against Newcastle United. On 29 September, he scored a last-minute winner in United’s 2–1 victory at home to Villarreal in the Champions League, and overtook Iker Casillas as the player with the most appearances in the competition. On 2 December, Ronaldo scored twice in a 3–2 home league win against Arsenal, taking him past 800 top-level goals.

On 12 March 2022, Ronaldo scored a hat-trick in a 3–2 victory against Tottenham, bringing his total goal count to 807 in the process. He is believed to be the record holder for goals scored in professional football, although the Football Association of the Czech Republic argues that Josef Bican scored 821 goals. On 16 April, Ronaldo scored his 50th club hat-trick in a 3–2 win over Norwich City. On 23 April, he scored his 100th Premier League goal in a 3–1 defeat to Arsenal.

All the Manchester United Cristiano Ronaldo jersey are available on Ebay or Amazon. If you are a fan of Ronaldo, go for it.