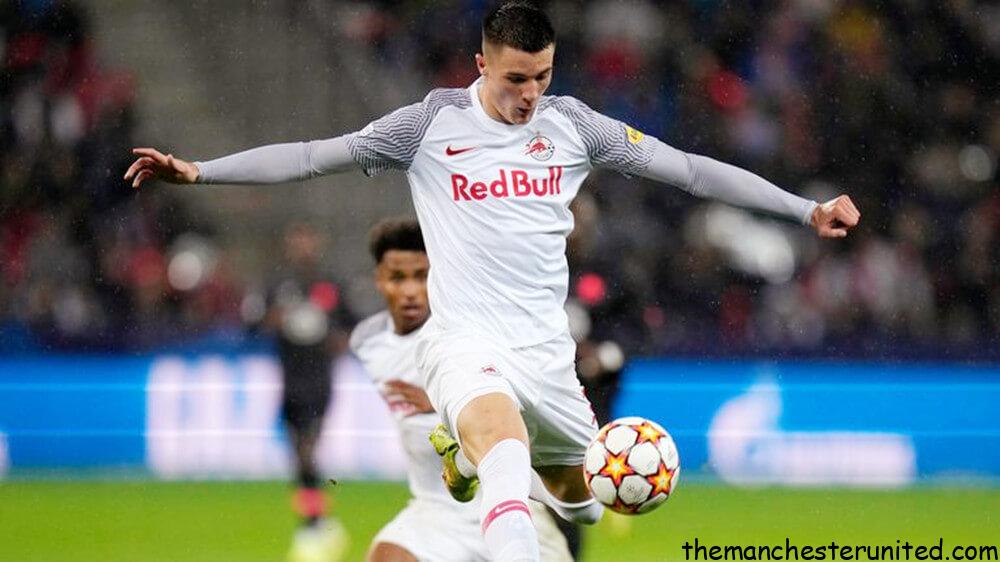 Manchester United have reported held direct talks with RB Salzburg over a potential deal for Benjamin Sesko. The 19-year-old has become United’s top target as they want to add a forward to their squad.

Chelsea is also said to have interest in Sesko. But Manchester United is ready to fight it out with the Premier League rivals. Now The Red Devils lead the race for the striker. United have obviously held talks with RB Salzburg and the discussions highlights a gap in valuation for the 19-year-old. United are deciding whether to pursue a deal for the player.

Sesko is a player with massive potential. He scored 21 goals on loan in the Austrian second division for 2020-21 season before returning to Salzburg last term to score five times in the Austrian Bundesliga. Recently, Sesko scored the only goal of the game against Liverpool in a friendly. The 19-year-old is believed to have all the right attributes to be a world-class forward in the future.

However, RB Salzburg claimed the player is not for sale, and might only be attracted by a £45 million+ offer.

Although Sesko remains of interest to United, The Telegraph’s James Ducker reports that the club have been put off by Salzburg’s high valuation. Manchester United do not think the 19-year-old is worth that much and are currently deciding whether to pursue a deal.