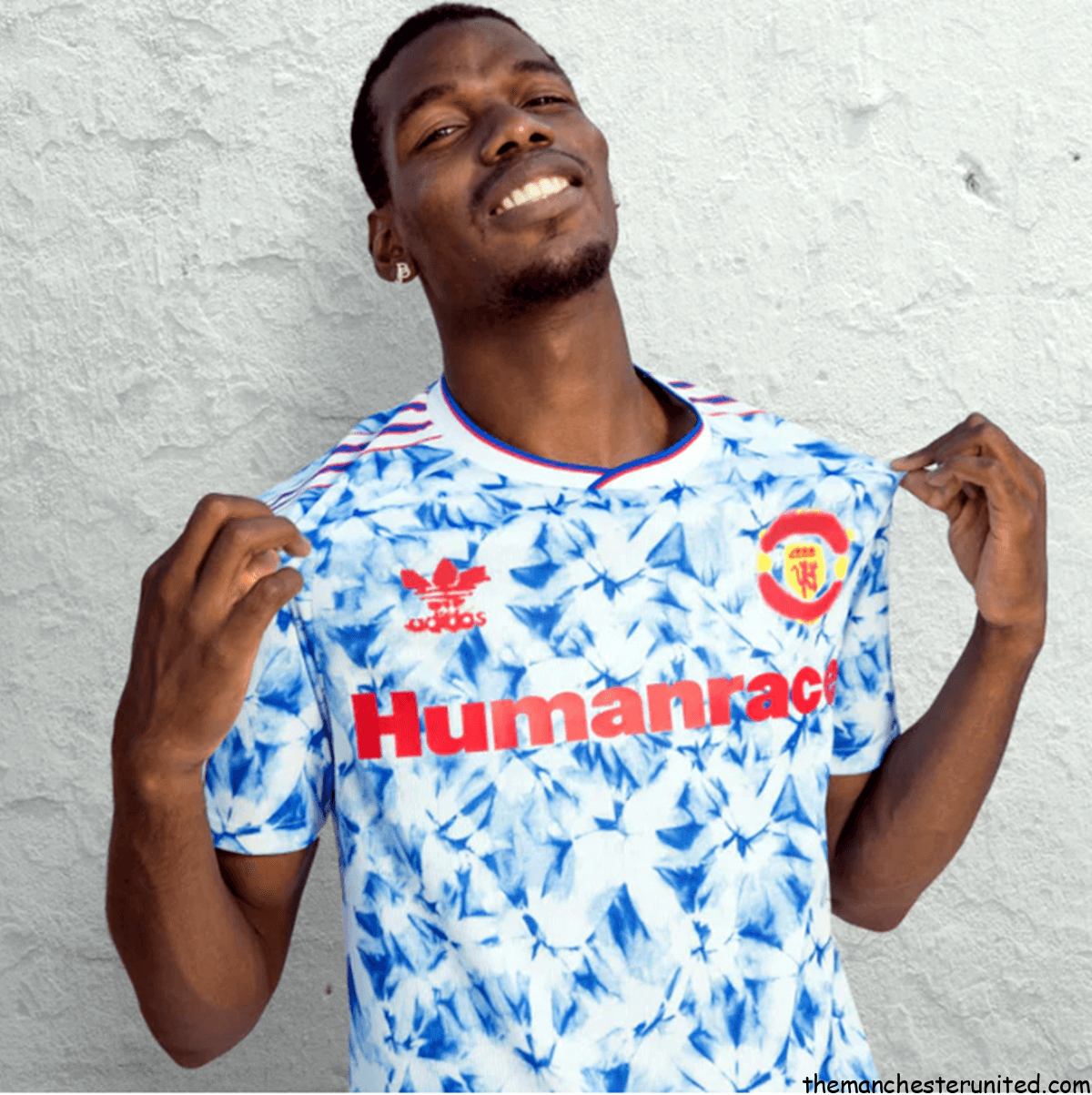 Adidas and Pharrell released a series of ‘Humanrace’ jerseys for 5 legendary clubs in October 2020. The designs take inspiration from the collective memories and significant moments in the world’s elite teams-Arsenal, Bayern Munich, Juventus, Manchester United, and Real Madrid. Also, recognizable yet fresh, they are all reworked versions of iconic adidas shirts worn by the clubs in past years.

Every jersey is integrated by the hand-painted aesthetic. Starting from a simple cotton t-shirt, the reverse engineered design process was centered around a raw, human and expressive hand-drawn technique on a simple piece of canvas. All complicated details are reimagined in paint format, from club crest to partner logos, to create a look unified by style.

These Human Race jerseys have been sold pretty well, according to some reports. What impresses me most is the blue Manchester United human race jersey, which calls back to the legendary 1990-92 away kit.

Pharrell takes the club’s iconic snowflake blue and white print shirt, first seen on the 1990-92 away kit, as a model to reshape the classic look and create a new design.

The original jersey was inspired by the city’s famous house music scene of the late 80s. The new series of jerseys incorporate a tie-dye effect on this basis, interpreting traditional jersey printing with modern elements to create a modern-day version of the legendary graphic. From the club logo to the partner logo, the details of the Manchester United human race jersey are exquisitely presented in the form of paintings to achieve the unity of the overall style.

Pharrell in collaboration with the Adidas design team worked together for these human race shirts besides the Manchester United human race jersey to show that football is a sport about ‘people’. Everyone can play. We celebrate individuality and unity as one. Humanrace is the perfect message of positivity in these uncertain times, and they really want to stand for something which is good and promote diversity and the bringing of people together.