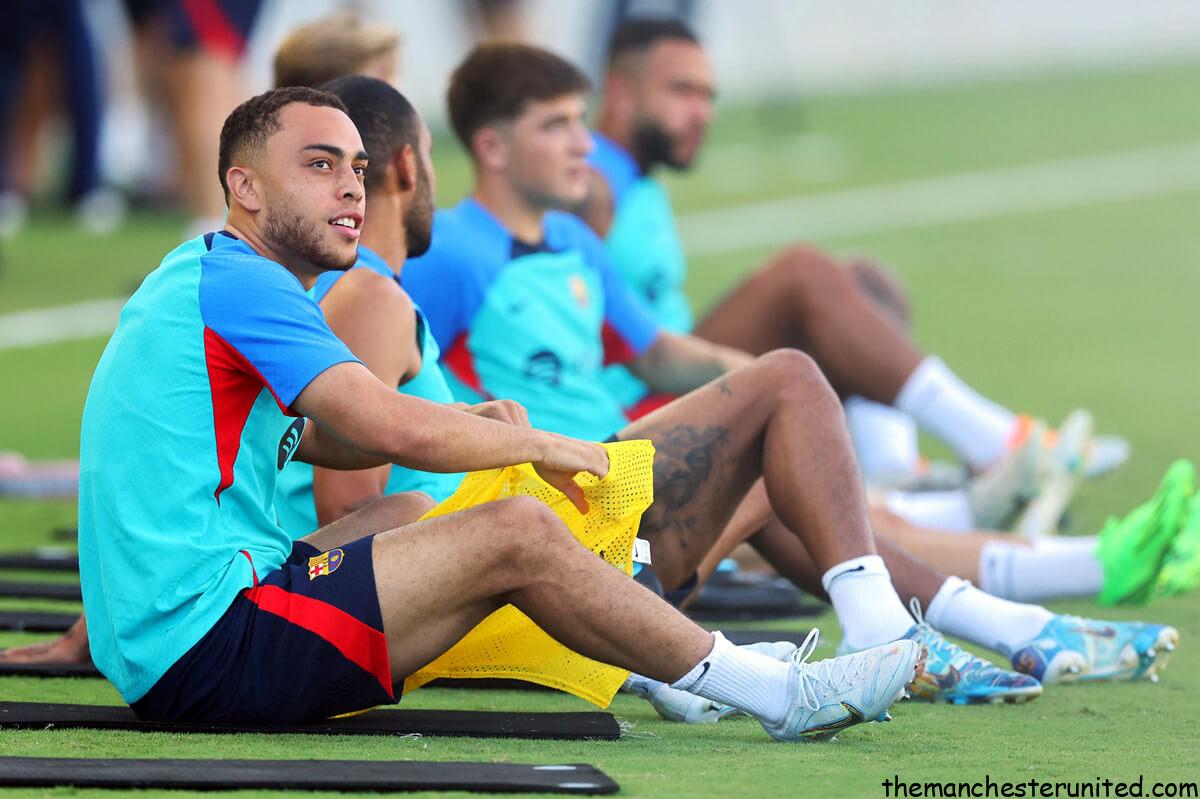 Manchester United are reportedly in negotiations with Barcelona over a late move for their American full-back Sergino Dest.

The 21-year-old joined the Catalan giants in 2020 from Ajax, for an initial €21m fee, and has later made over 70 appearances. While he played regularly under then-manager Ronald Koeman, the USMNT right-back never really looked convincing enough.

With Xavi’s arrival last year, the defender fell down the pecking order. Although he was given a chance to win over the manager during pre-season, Dest failed to catch his opportunities and has been deemed surplus to requirements at Spotify Camp Nou.

It’s reported that Barcelona are keen to get rid of the 21-year-old. He has yet to make an appearance this season, with Ronald Araujo preferred. Dest has been consistently linked with a move away from Barcelona this summer.

Dest was initially reluctant to leave Barcelona and intended to fight for his place in the team at the Nou Camp. However, he only made the bench in Barca’s season opener against Rayo Vallecano, but has failed to make Xavi’s squad for subsequent games. So Dest understands his game time will be limited going forward and is therefore open to joining Manchester United.

Ten Hag has targeted some familiar players since his appointment at Old Trafford and worked with Dest at Ajax. Dest is a more attacking-minded right-back, and a player Ten Hag is very familiar with. United considered Dest as a good replacement for Wan-Bissaka.

Now Ten Hag is ready to offload Aaron Wan-Bissaka before the window closed and are expected to make an offer for Dest.

If United pursues a late move, he would be the third player to reunite with Ten Hag at United this summer, after Lisandro Martinez and Antony.