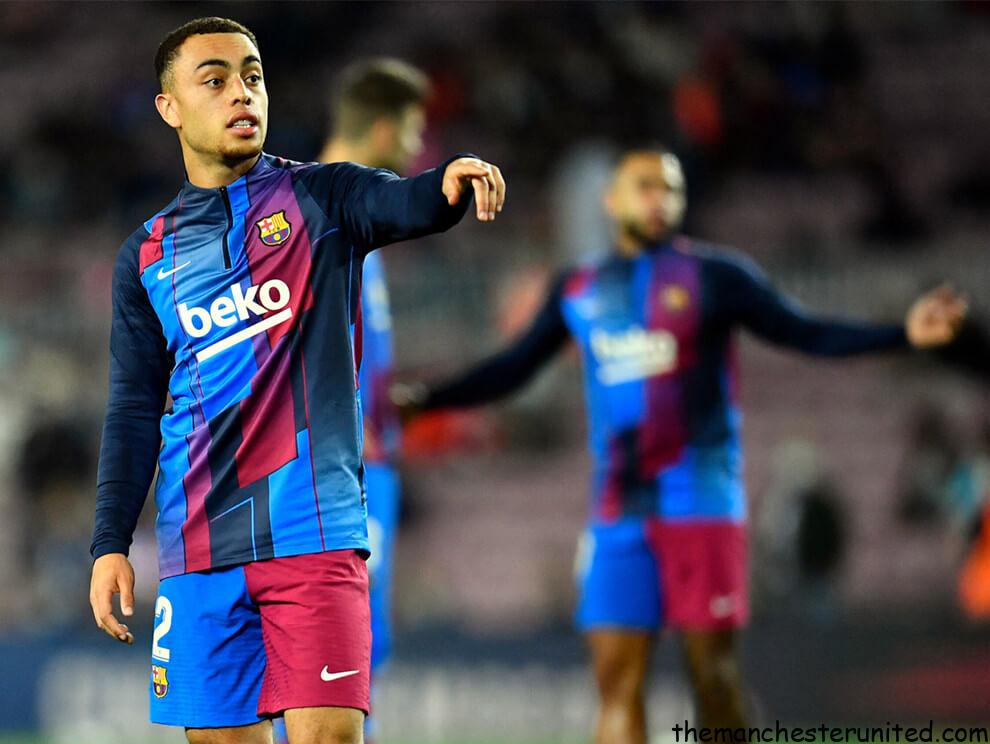 Manchester United is interested in signing the exit-bound Barcelona defender Sergino Dest and ready to shell out the ask price €20 million for the move, according to reports.

Dest joined Barcelona from Ajax in 2020. Dest has made 72 appearances for Barca in which he has scored three goals and four assists. But the 21-year-old has failed to secure a regular spot in the starting lineup for these two years. Despite his desire to stay at Camp Nou, Sergino Dest faces an uncertain future now.

Barcelona have decided to sell Dest this summer, since they’re planning to sign Cesar Azpilicueta. It’s said that they are seeking a fee of about €20 million for the USMNT international. Manchester United have shown their interest now. The manager Erik Ten Hag has a good impression on him since they worked together at Ajax. United is already in talks with Barca for Frenkie de Jong and would start a negotiation with Barcelona over Dest’s future.

The young right-back remains to have a high reputation in footall circles although he failed to show his worth in Catalonia. Last year, he attracted the attention of several teams, including Atletico Madrid, Bayern Munich, and Chelsea.

With Azpilicueta’s arrival, the game time for Dest would be seriously cut short. This will force him to find a new destination. And the youngster might desire to join Man Utd to reunite with Ten Hag.

It remains to be seen how the move negotiation will go. Maybe Dest will have a promising future soon this summer.