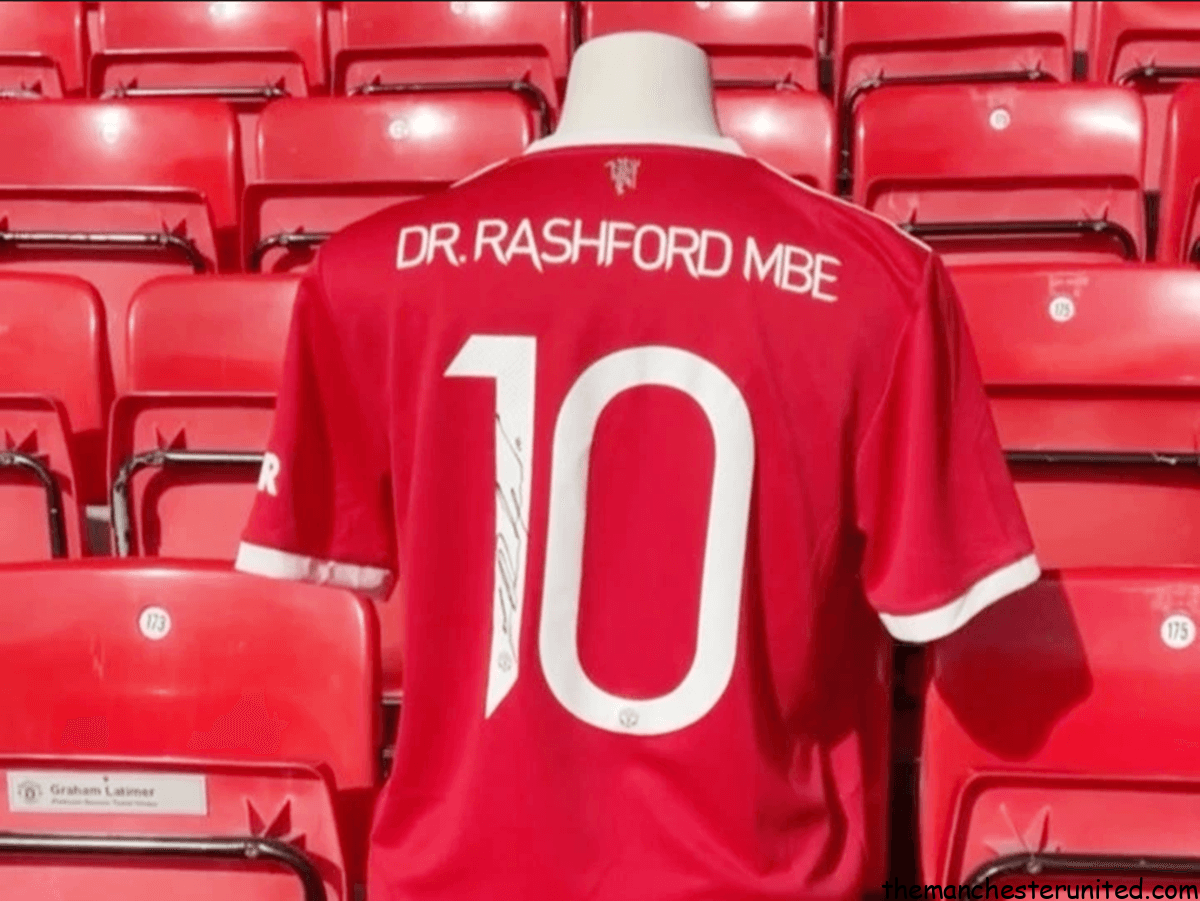 Playing for his national team, Rashford has debuted in May 2016. He played in the UEFA Euro 2016 as the youngest player and also in the 2018-FIFA World Cup.

Rashford’s jersey number has changed twice before confirming to wear No.10. Rashford previously wore the number 39 jersey when he broke into the first team under Louis Van Gaal, then later changed to number 19. The famous No.10 jersey has been worn by Wayne Rooney, Zlatan Ibrahimovic, Mark Hughes, Teddy Sheringham, and Ruud Van Nistelrooy-all of whom were club legends for Manchester United. Since Ibrahimovic’s departure, the number has been vacant and Rashford has seized the opportunity to make it his own.

The Manchester United’s red home kit has special designs. What makes the kit special is the Polo collar. The white collar comes with a 1994-inspired triangular design. It’s a downright classic look for the Red Devils, evocative of some of their designs from years past. The shirt has some nice detailing here. The shirt features a tonal dashed pinstripe pattern woven into the fabric of the shirt. The thread on the stripes has a bit of shimmer to it, which makes the kit special. On the collar we have a geometric design of red triangles with black stripes, creating the impression of abstract ‘M’s wrapping around the neck.

Rashford wears the No.10 jersey with Manchester United now.

Marcus Rashford, donning his No.11 shirt, scored his first goal in England’s qualification campaign for Euro 2020, but defeated by Italy finally.

The home shirt of his national team sticks to the traditional white with a dark blue crew neck and side stripes. It is complimented by a dark blue crew neck and sleeve stripes which will feature a new ‘community of lions’ graphic, which intends to show the unity between the team’s players and its fans. The blue away jersey is a nod to ’90s jersey culture with its fold-down collar, while the word’s “We are Lions/We are England” reference the collection’s theme.

Unlike his club side, the forward wears No.11 for his national team.