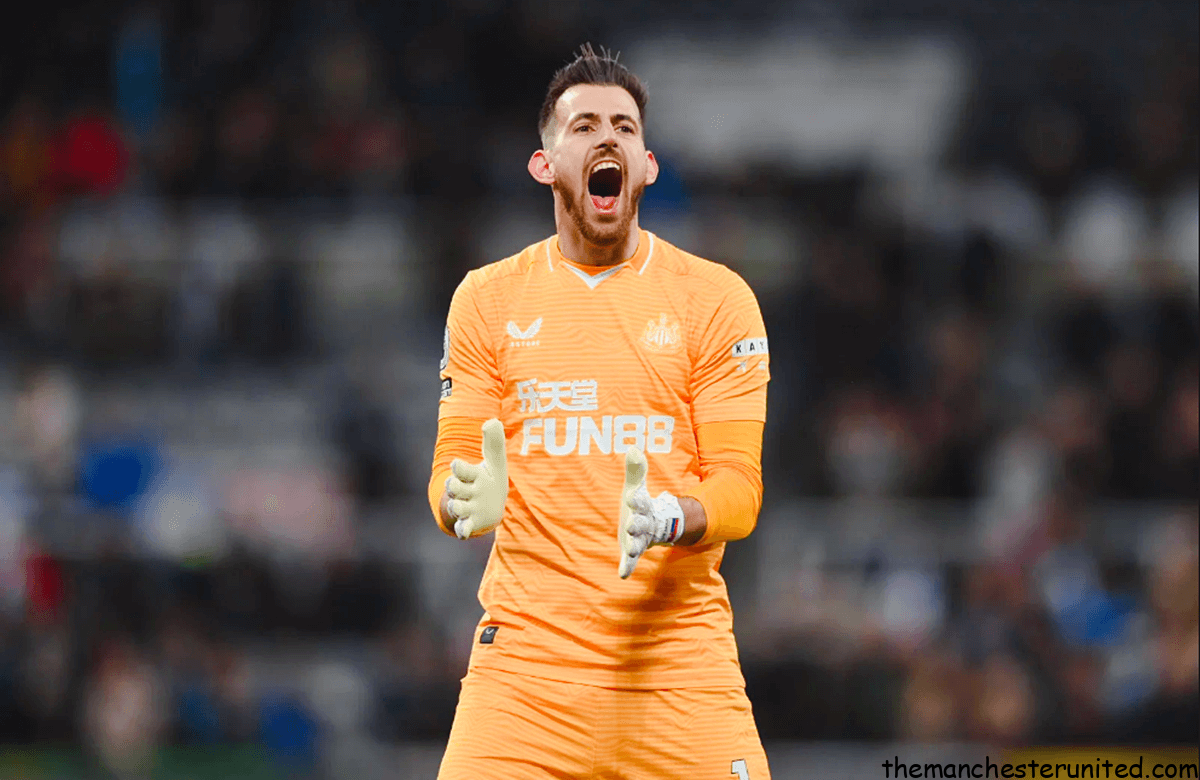 Manchester United have officially announced that Martin Dubravka has joined Manchester United on a season-long loan from Newcastle United. The fee is said to be £2 million, with an obligation to buy for £6m if he hits a set amount of appearances in Premier League games.

Martin Dubravka joined Newcastle in 2018. The Slovakia international has played over 125 games in the Premier League in the past five seasons, and he has 29 caps for his country. The 33-year-old was Newcastle’s number-one shot-stopper, but Martin Dubravka has fallen down the pecking order at Newcastle after the arrival of Nick Pope. Then Dubravka wanted to move to the Red Devils, where he can get more challenges.

Manchester United have been seeking in the market for a goalkeeper to provide competition for David de Gea and Tom Heaton after Dean Henderson joined Nottingham Forest on loan.
Martin Dubravka was viewed as one of the best goalkeepers in the Premier League not long ago, as he had cemented himself as the No.1 at St James’ Park. Therefore, Man. Utd signed him.

Dubravka is United’s sixth signing of the summer window. And he is likely to be United’s final signing of this window following the arrivals of Tyrell Malacia, Christian Eriksen, Lisandro Martinez, Casemiro and Antony.

Martin Dubravka is delighted to join the Old Trafford and said:

“To be joining Manchester United is a special moment in my career and I can’t wait to get started, and help the group achieve its ambitions.

“I am joining an excellent group of goalkeepers with lots of experience in the Premier League, and I know that we will push and support each other to keep our standards at the highest levels. The chance to work with David De Gea, alongside Tom Heaton, is one that I am relishing.

“I’d like to sincerely thank everyone at Newcastle United, and especially the fans, for many great experiences over the past four and a half years. I enjoyed every minute of my time there and made amazing memories to look back on. My focus is now on helping Manchester United, and we’ll see what the future holds after I have given my all this season. I am excited to be here!”