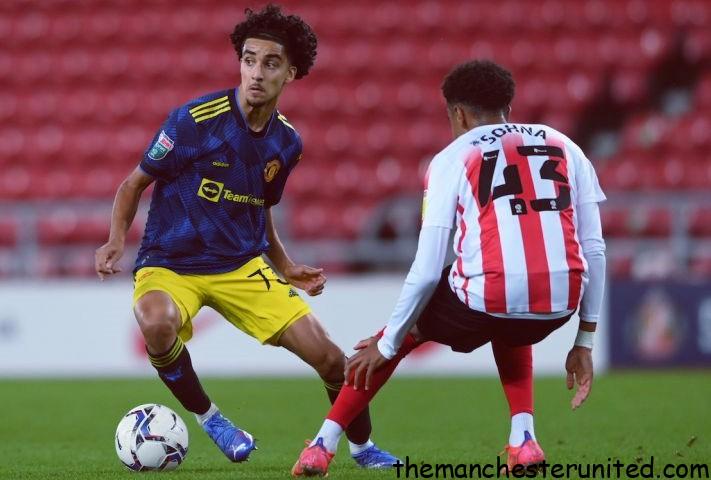 Manchester United officially announced on June 28 that 19-year-old young midfielder Zidane Iqbal has signed a new contract, which lasts for three years and has a one-year extension. According to Skysports, the clubs have a “broad agreement” on the fee – believed to be €65m (£56m) plus performance-related add-ons.

Iqbal was born in Manchester on April 27, 2003. He joined Manchester United’s youth training system at the age of 9. He has Asian blood, born to a Pakistani father and an Iraq mother. Last season’s Champions League group stage, Iqbal made his debut wearing Manchester United’s No. 73 shirt, becoming the first player of British South Asian footballer in Manchester United’s history. Iqbal, who is 181cm tall, mainly played for Under-23s last season, scoring two goals in 17 games.

He was called up to the Iraq national team earlier this year and has attained two caps. Zidane Iqbal’s father, apparently a fan of French legend Zidane, named his son this name. Like Zidane, Iqbal is also a midfielder, mainly serving as a support midfielder or attacking midfielder.